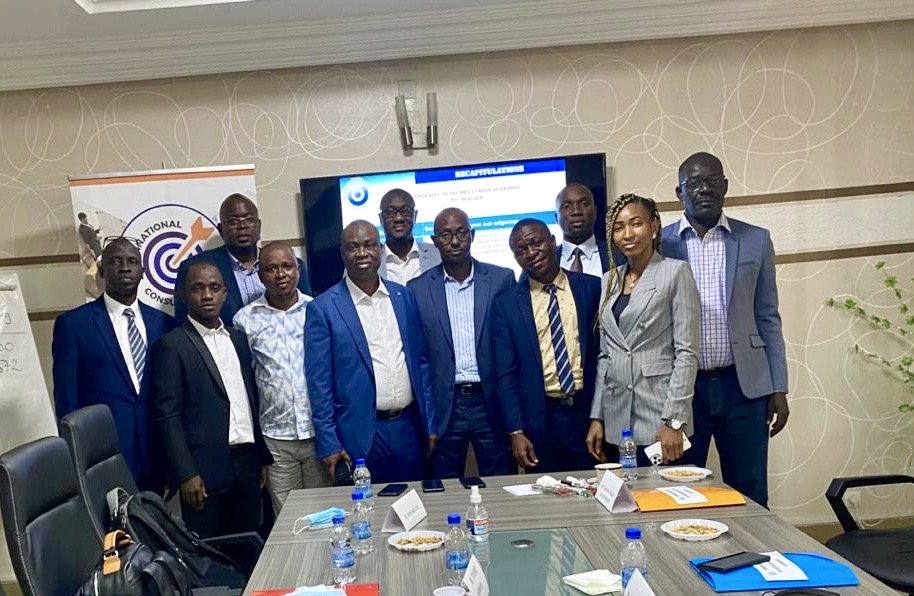 After launch and implementation, GUICOPRES BTP is surely moving towards ISO 9001 certification.
This Monday, August 23, 2021 in Abidjan, several executives of the company began a training in internal quality audit with the firm that accompanies it in this approach. Future internal quality auditors will have the heavy and noble responsibility of carrying out the various internal audit missions within GUICOPRES BTP.
To emphasize that the certification to the ISO 9001 standards of GUICOPRES BTP is a major and priority axis in the vision of its President and CEO M. Kerfalla CAMARA; for whom qualification and continuous improvement have no price.

GUICOPRES BTP, together build the Guinea and Africa of tomorrow