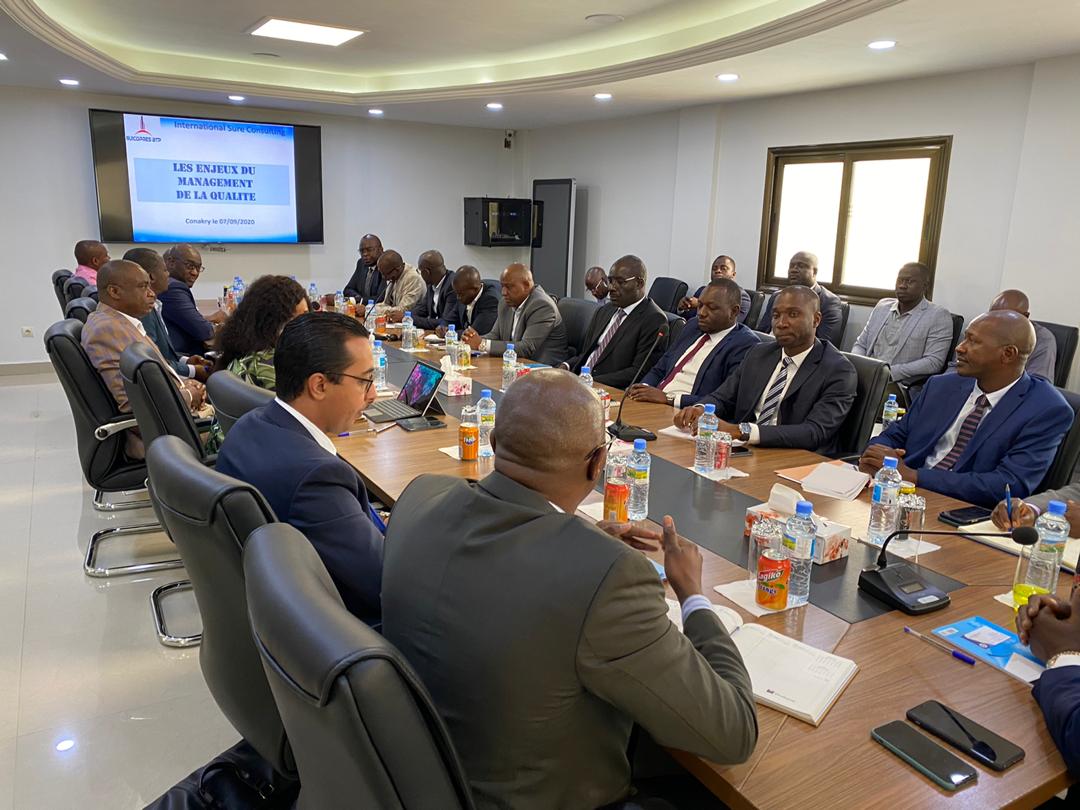 From its internal organization reinforced by technical support from local and international firms, GUICOPRES-BTP SA, a subsidiary of the Guicopres Group specializing in building and public works, is now part of a dynamic of continuous improvement. This approach is materialized by the implementation of an ISO certification process, in the most recent version of the international standard of the Quality Management System (ISO 9001/2015). For this, GUICOPRES-BTP has chosen to call on an internationally recognized firm specializing in business organization, certification support and implementation of management systems.The mission was kicked off at the GUICOPRES Group Headquarters in Kagbelen in the Prefecture of Dubreka Monday September 7, 2020, under the chairmanship of the CEO Mr. Kerfalla CAMARA – KPC, in the presence of the company’s senior executives and experts from the said firm.The final objective of this structuring approach is to allow GUICOPRES-BTP to access the iso-9001/2015 certification, after the effective implementation of a management system and a quality policy in line with the requirements of this international standard which characterizes the most successful companies. mantises.