Kindia, first stage of the working tour of the CEO of Guicopres 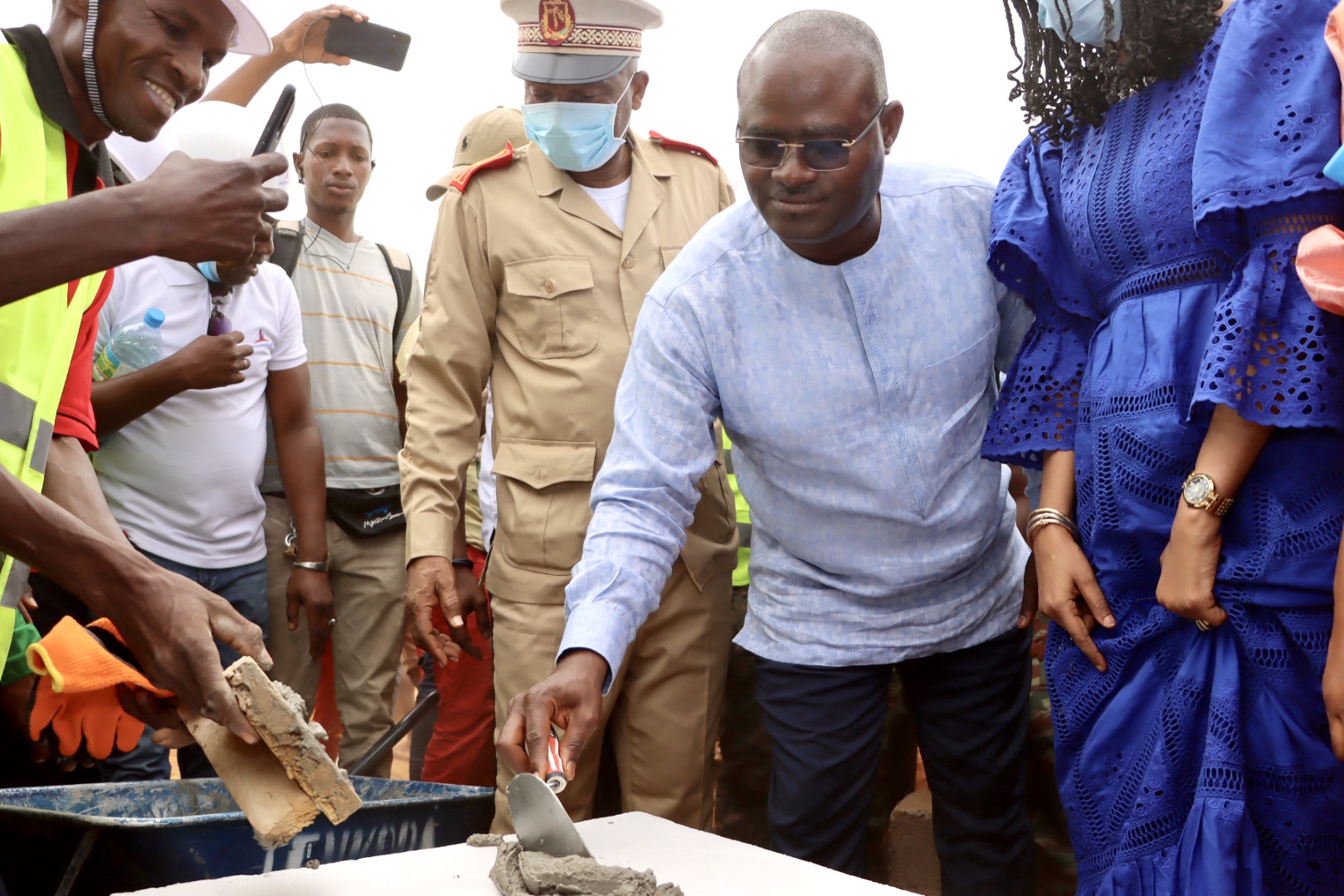 It is surrounded by a strong delegation that the President of the KPC Foundation for Humanity went to Kindia to acquire the level of progress of the work of the Fodé Fissa stadium. Kindia was the first stage of his work tour which he initiated.
Very early this morning, the CEO of Guicopres Group was welcomed by the population of Kindia with great fanfare. After a brief visit to the prefecture, Mr Kerfalla Camara and his team, accompanied by the newly appointed Minister of Youth and Employment, went to the Fodé Fissa stadium where a jubilant crowd was waiting for them.
During her speech, Mrs. Kourouma Mariame, administrator of the Foundation, recalled the commitment of the President of the Foundation to do everything possible to ensure that this stadium meets the standards, so that the youth of Kindia can play sports through the KPC Foundation for Humanity, thanks to the support of the GUICOPRES group, which is the contracting authority.
It is with great enthusiasm that Mrs. … took the floor to welcome this initiative of renovation of the stadium undertaken by the President of the Foundation. According to her, this “beautiful jewel” will only be of value when it is taken care of.
To conclude, it is accompanied by his hosts that the prefect of Coyah proceeded to the laying of the first stone, officially launching the beginning of the complete renovation of the stadium.
For the next stage, the Guicopres Group will set up shop in the town of Karamoko Alpha.